If the 52-card deck, now known throughout the world, appeared in the transition period between the end of the Middle Ages and the beginning of the Renaissance, the origins of astro-cartomancy are lost in the mists of time.

The first person to give the keys to open the book of time was an American by the name of Olney Richmond who published in 1893 “The Mystic Test Book” in which he traced the origin of playing cards to the vanished civilization of Atlantis.

One can follow the traces of this ancient tradition from the temples of ancient Egypt to the Christian hermeticism of the Middle Ages.

According to Olney Richmond, the 52-card deck is the little book of seven thunders mentioned in the Book of Revelation, the book of destiny, with which it is possible to read the present, the past and the future.

The cards are the sacred emblems of the ancient Magi, and the card corresponding to our day of birth expresses the law that governs us.

Our life is made up of cycles that fit together and can be represented by a series of cards.

Weeks in the year

12 signs of the zodiac and the sun

The light and the darkness

The cards are presented as a mathematical system: 52 cards divided into 4 families of 13 cards each which unfold in time according to a particular algorithm reflecting the mechanics at work in the universe.

It is a mathematical and symbolic system that brings to light the hidden face of things and reveals the strengths and weaknesses that underlie our personalities, as well as the issues that underlie the situations of our lives. 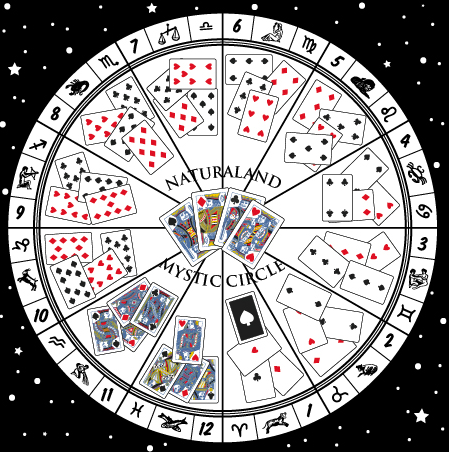 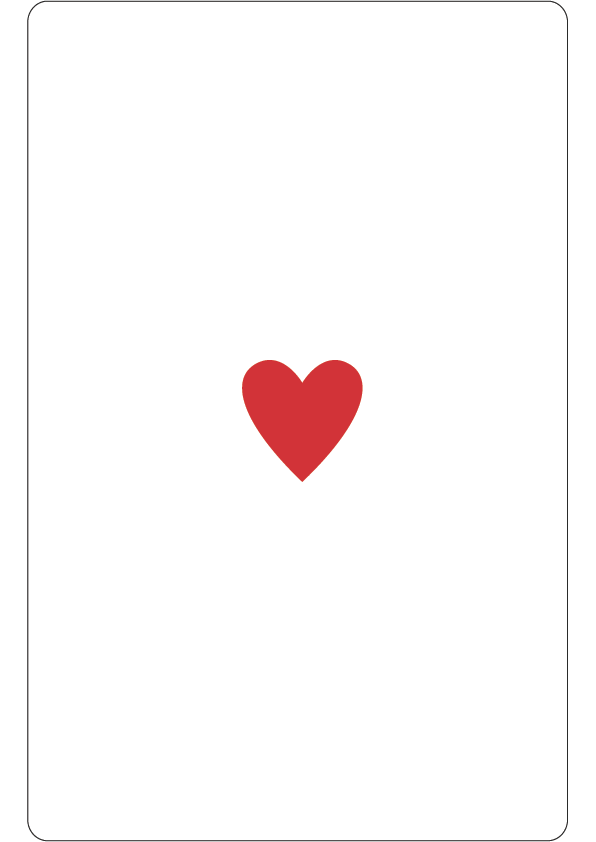 The Heart is the springtime of life. The element that corresponds to it is Fire, symbol of universal life. The Heart governs what holds us to life. 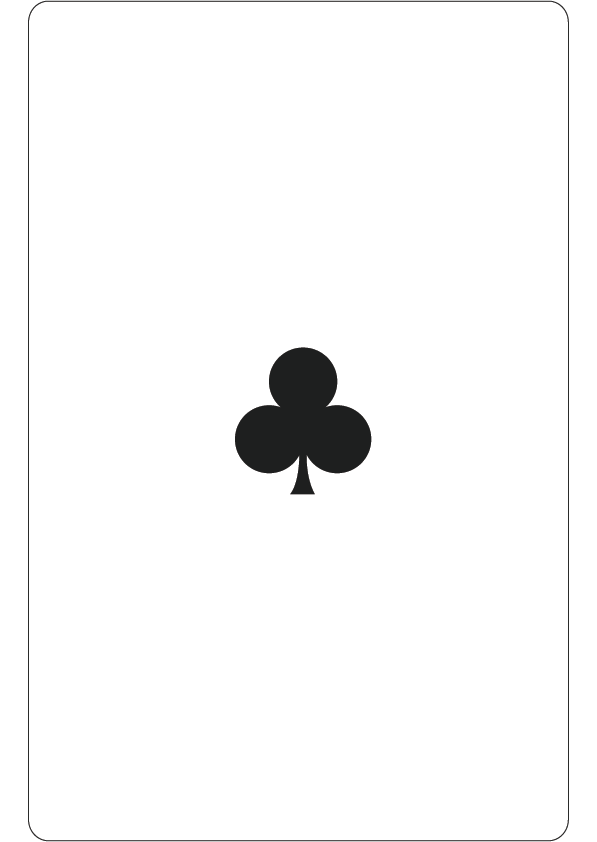 The Clubs represents the summer of life. The Clubs correspond to the Air element, the active spirit of man. 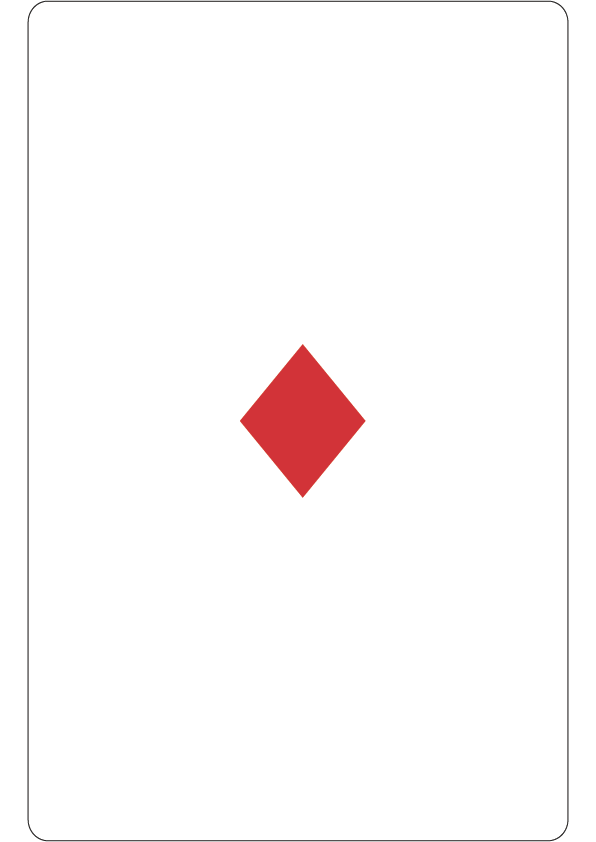 Diamonds represent the autumn of the year. After the childhood of the Hearts and the education of the Clubs, man must produce and reap the fruit of his sowing. 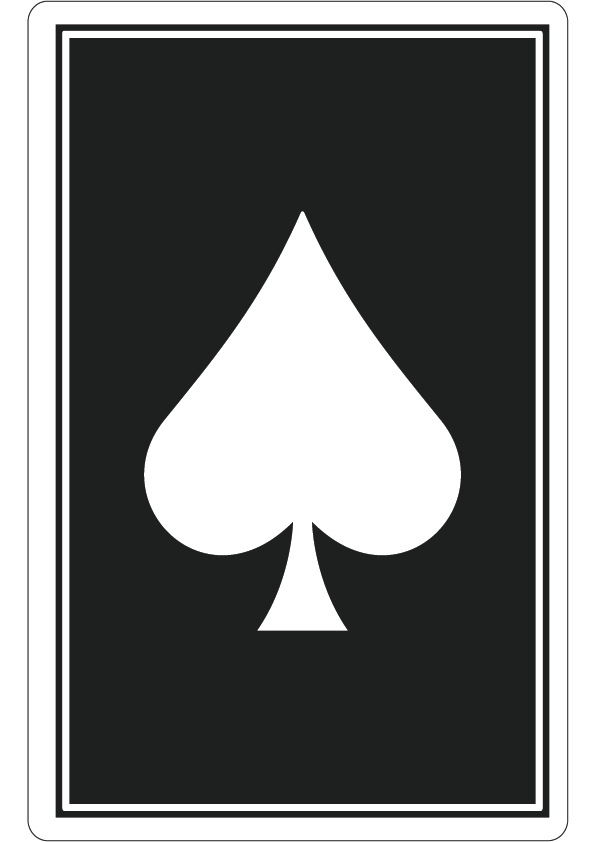 Spades represent the element of Earth, the winter of the year. Winter is a period of apparent rest, immobility, hardness and cold. 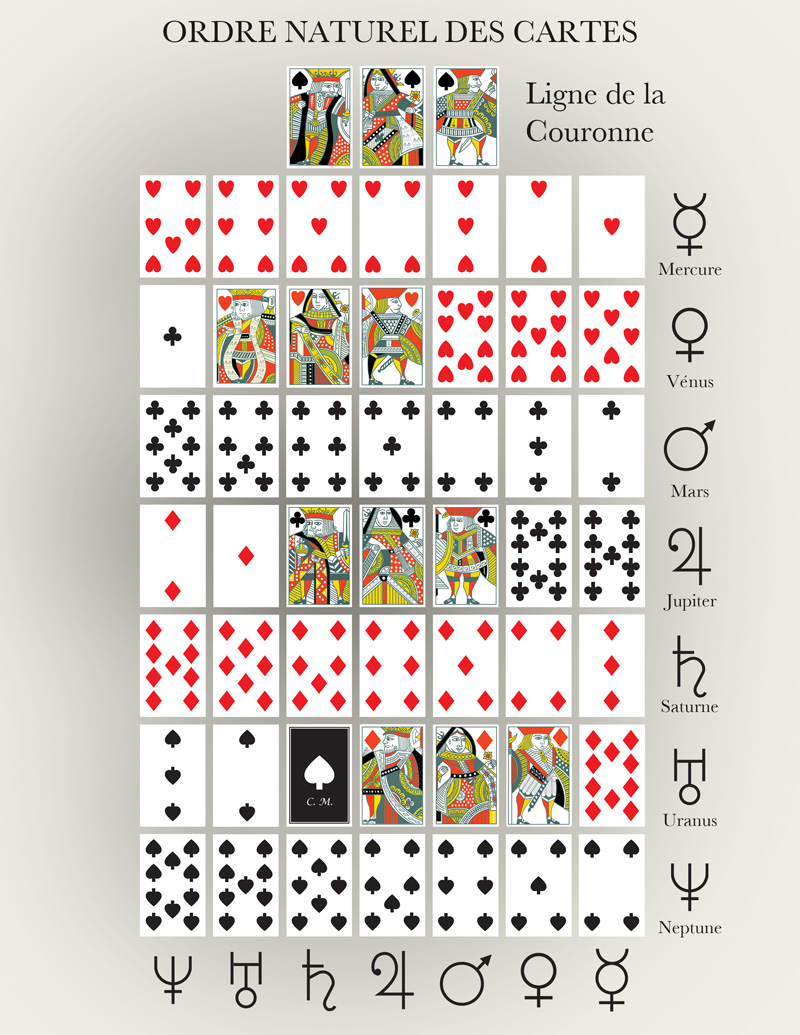 The natural or spiritual order of the cards

It is the principal matrix that allows us to open the book of time. The cards are placed in a table of 7 rows and 7 columns. Each row is ruled by a planet in order of distance from the Sun. The remaining 3 cards are placed at the top and form the crown. They are independent of the planets.

Find out which card represents you

The manifestation or birth spread

It is obtained by applying a mathematical formula to the natural order of the cards. 3 cards keep their same places. And 4 cards just swap places. Can you find them? From this sequence it is possible to read someone’s life path. 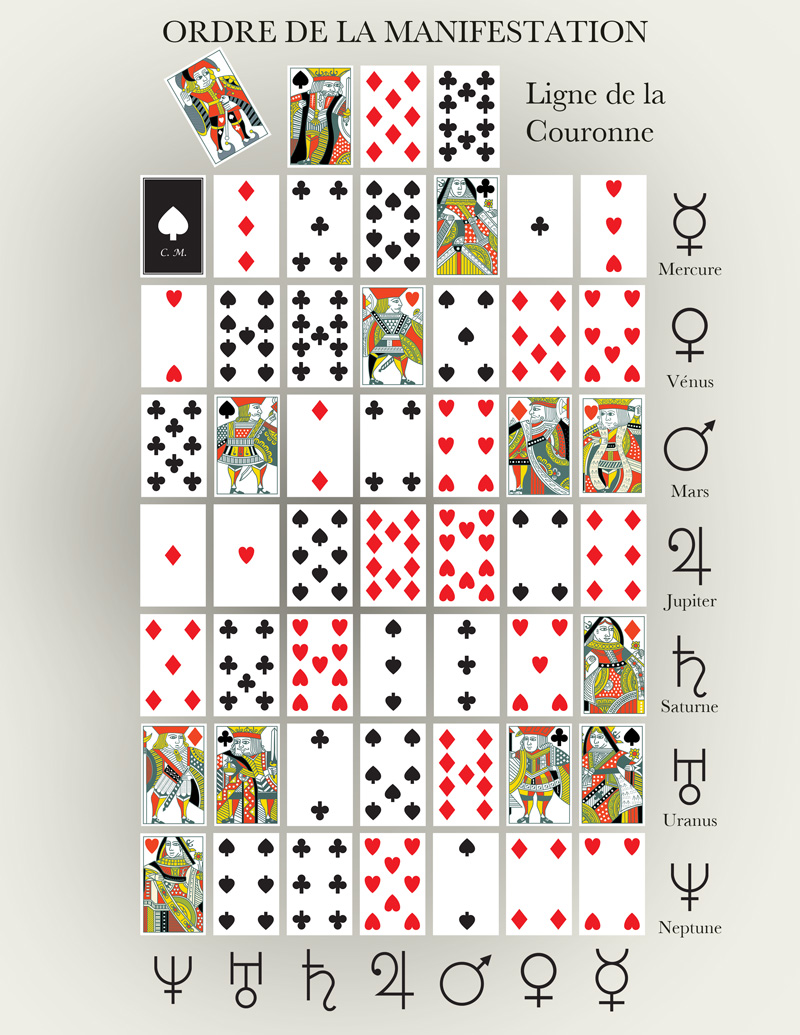 THE CARTOMANCY OF THE ANCIENT MAGI

THE HIDDEN MEANING OF THE 52 CARDS

THE MYSTIC TEST BOOK OR THE MAGIC OF THE CARDS

SYMBOLISM : A TREATISE ON THE SOUL OF THINGS

SACRED SYMBOLS OF THE ANCIENTS

CARDS OF YOUR DESTINY