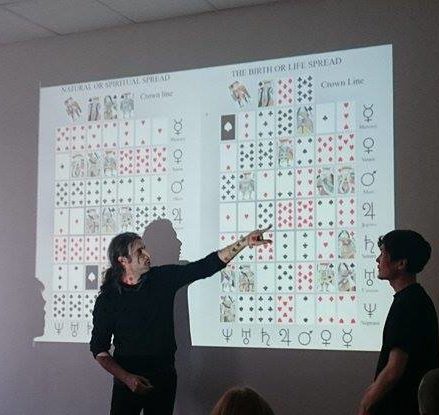 I first encountered the card science in 2005 while living in Los Angeles because the only books that existed then were in English.

I became fascinated with the study of this knowledge which opened a door to understanding myself and others, and renewed my interest in symbolic language and mythology.

After training with Robert Lee Camp, an American astrologer and author of several books on this system, I returned to France in the hope of learning more about the origin of playing cards.

In 2012, I published a manual of astro-cartomancy at Editions Trajectoires: The Cartomancy of the Ancient Magi. din which I condensed everything I had learned from my reading and training.

Since then, I have taught this system in conferences and workshops in Marseille, Paris, but also in Morbihan, London, Moscow, Sophia, Rome, Madrid… 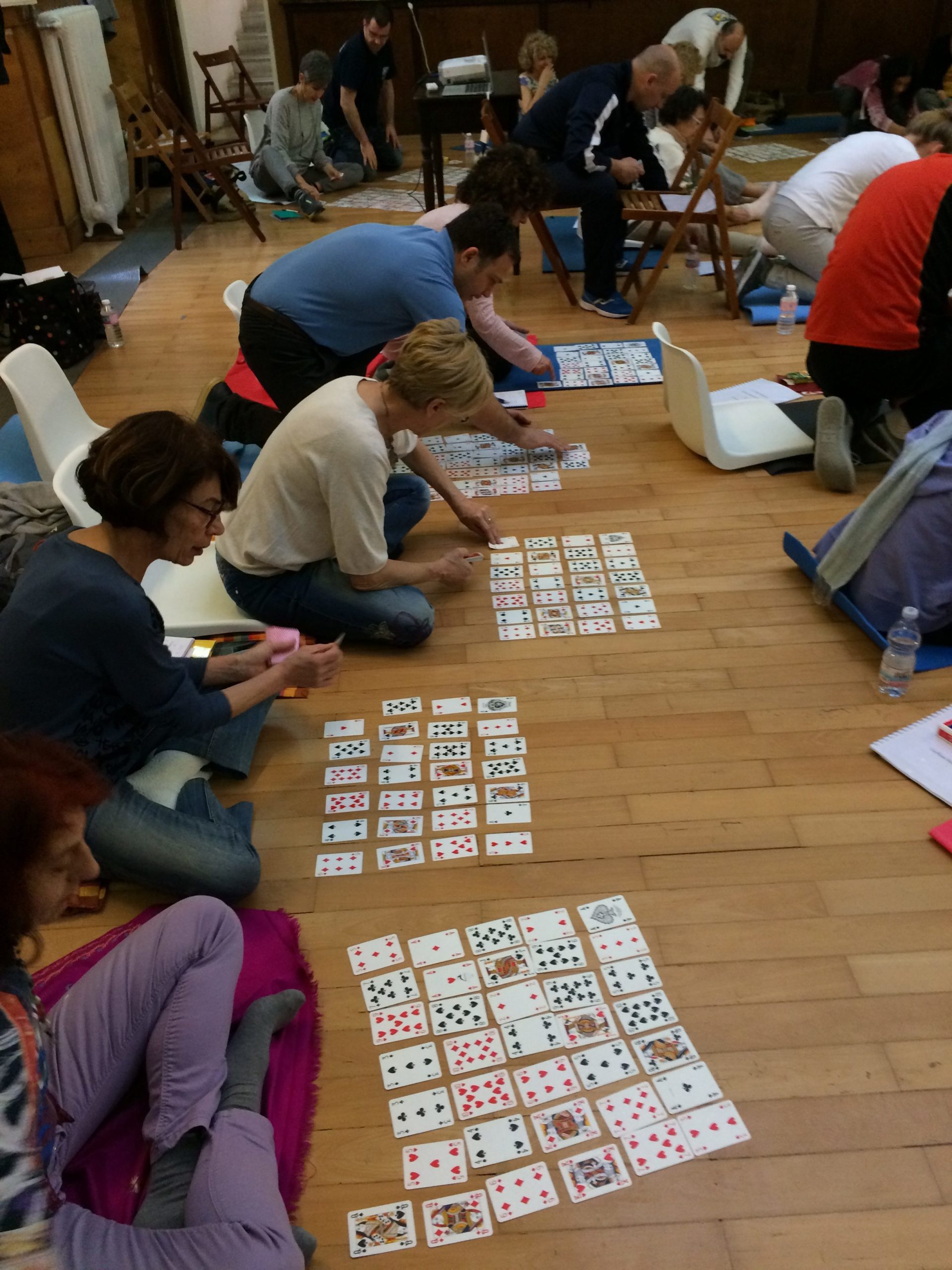 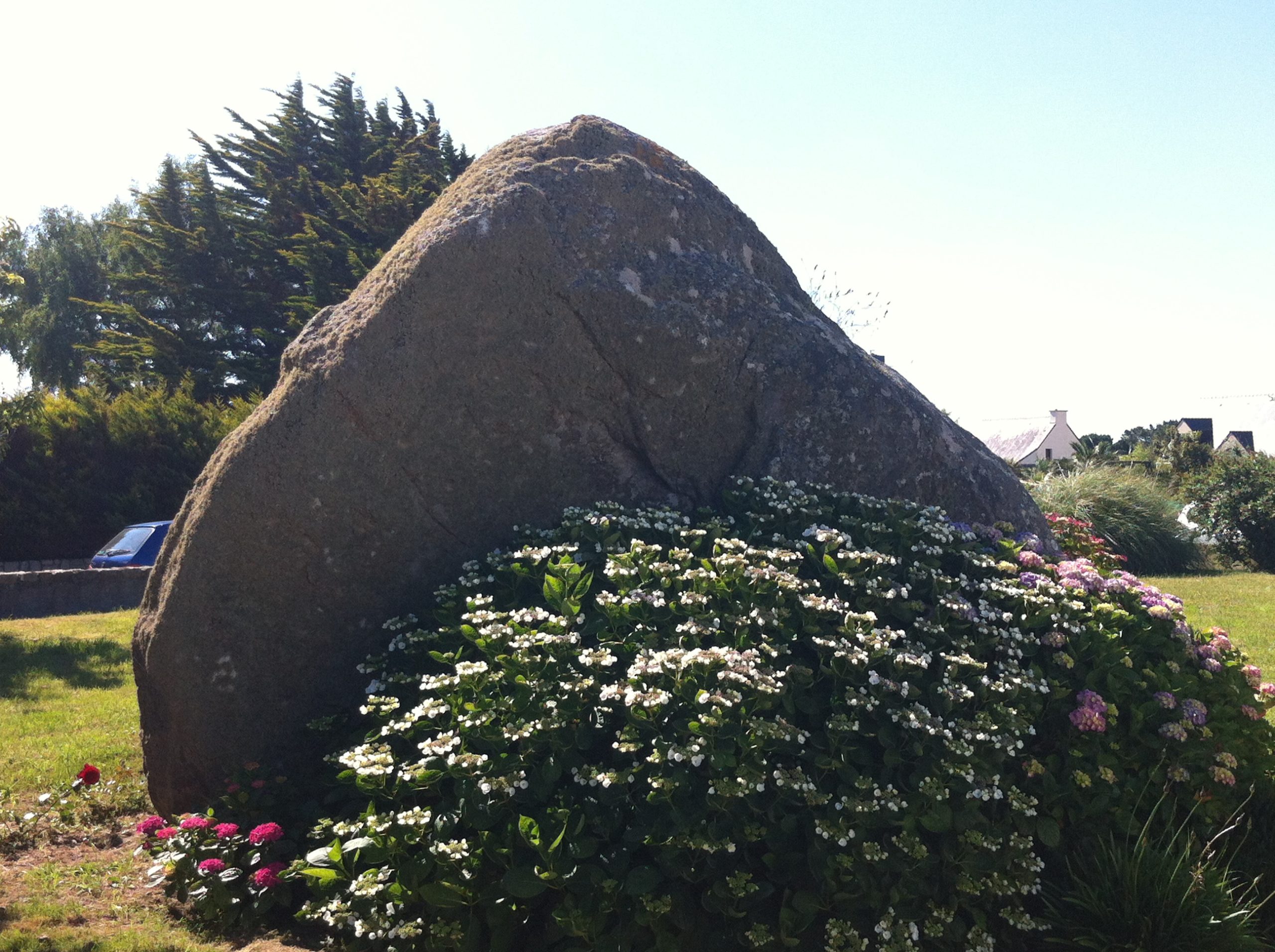 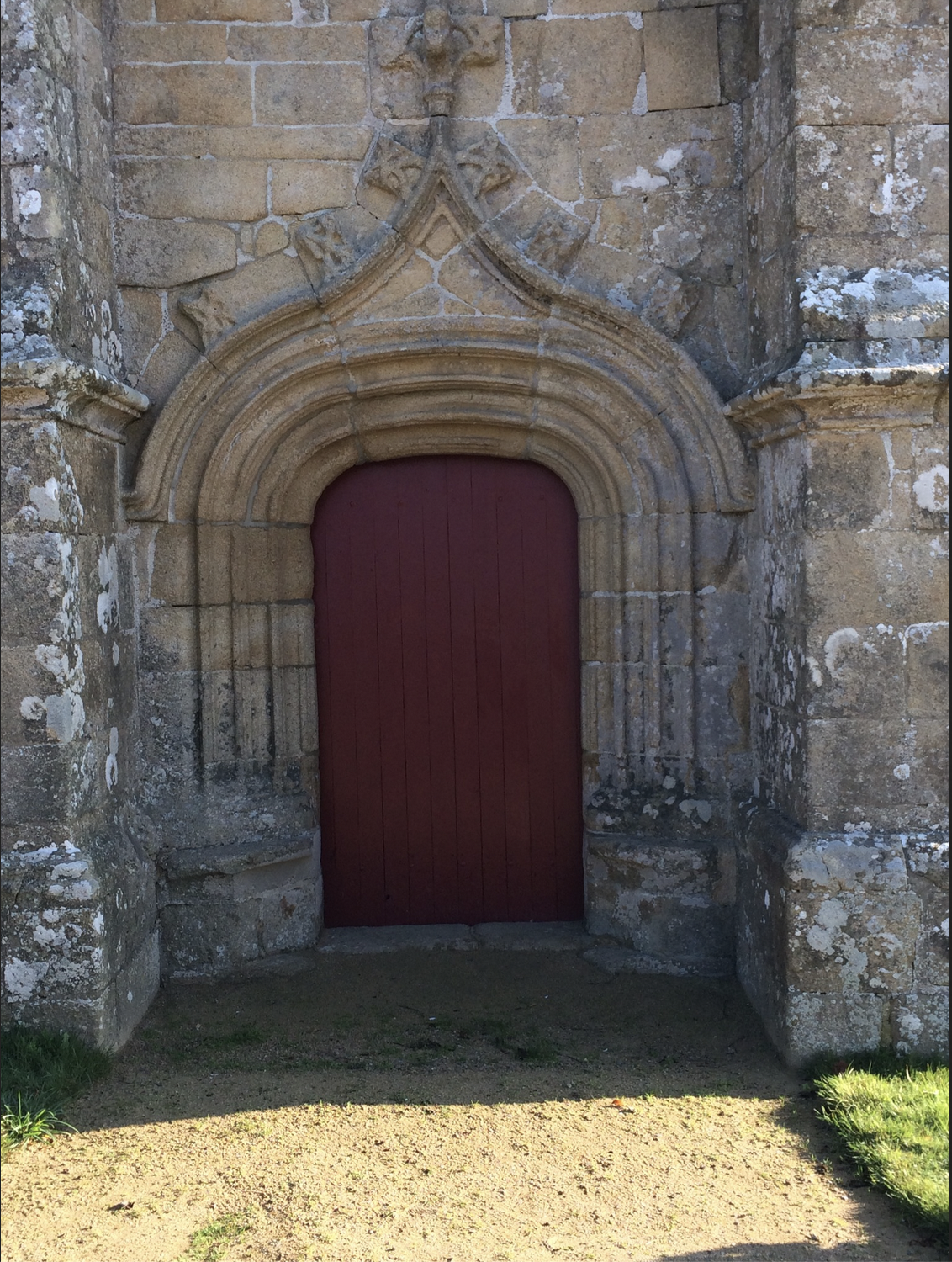 My desire to learn and understand more about this ancient system of knowledge led me to become interested in ancient civilizations. Meeting Howard Crowhurst, a researcher who has dedicated his life to the study of megalithic monuments, in 2014, was the occasion for a collaboration on a book published in 2017:“The Hidden Meaning of the 52 cards” published by Episteméa.

I am convinced that these ancient sciences that can help us know ourselves better and guide us in our lives, are a treasure for humanity that must be preserved.

Today, more than ever, ancient knowledge needs to be recovered. It can help us to be more tolerant of one another, to have more confidence in our destiny, to fulfill our need for meaning, and to reconnect with the source from which we all came and from which we have become dangerously distant.